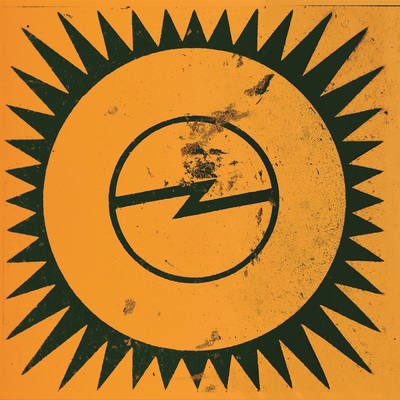 If you happened to catch Tim Gane’s Tim Gane’s two-hour takeover of the Solid Steel podcast, you know he digs deep. His set was a mesmerizing tour of rare birds in the vinyl collecting kingdom, including a sinister track by Detroit electro pioneer Shifted Phases that will run you $200 for a decent copy. Gane covers a musical spectrum so wide that his SS mix broke into Mixcloud’s Electronic, House, Jazz, and Techno charts when it dropped last spring.

All this to say, Tim Gane is gonna bring some pretty esoteric reference points to whatever he does – as proven by Stereolab’s history of puzzling the critics – and his Cavern of Anti-Matter project is no exception. The debut, blood-drums is a love letter to kosmische musik, leaning toward the all-analog synth sounds of Tangerine Dream and skittering beats of Kraftwerk, but also borrows from psych rock, improvisational jazz, and early industrial at times. The result is a thrill ride for your ears, best enjoyed with a fat pair of headphones or over a club PA.

Fitting of its crate-digging founder, copies of blood-drums had been selling for $150+ as it was pressed in a limited run on German label Grautag. Now it has been reissued as a 6-sided LP on Stereolab’s house label, Duophonic, which also released the equally compelling follow-up, void beats/invocation trex.

[Psst, you can buy a copy of Cavern of Anti-Matter’s blood-drums reissue at the 3hive Co-op Shop.]