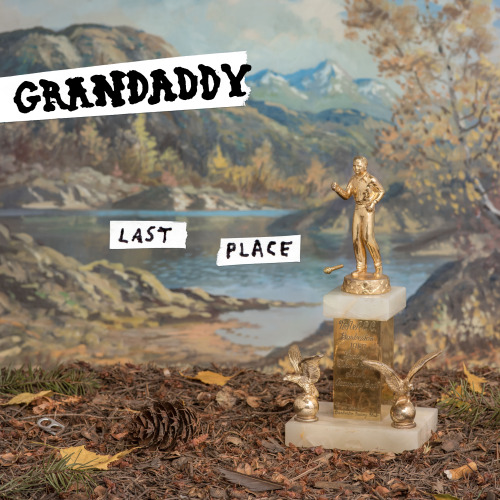 Modesto’s finest are back! I don’t know what it says about me or, more to the point, the times we are living in but I’ve been waiting for this album like my sanity depended on it. And now I know why…

As Last Place opens, you hear Jason Lytle warming up the beloved analog Grandaddy machine – analog hum, sample burps and all – and then things kick into the single “Way We Won’t”. Everything sounds so perfect and familiar that I almost can’t remember when they hung it up (okay, it’s been 10 year and 10 months, but whatever).

For as Grandaddy as they sound, this album clearly belongs in the present day. Lytle’s nasal falsetto, scuzzy guitar, and soaring vintage synths – layered with slacker harmonies and carefully included “mistakes” – remind me of everything I love about these guys. But I don’t feel nostalgic because there’s nothing less relevant about Lytle’s love/hate relationship with the connected age, suburban bubbles, worldly vices – and the distance they place between humans and themselves/nature.

As satisfying as those tracks are, Grandaddy’s most beautiful moments have always been the love songs. My favorite line from “This Is the Part” – “where there was love, now there’s some other stuff” – rings so true it makes me want to cry. Lytle is an everyman poet whose slacker persona (dude was wearing a beard and trucker hat before most scenesters were even born) belies his earnest and complex songwriting. Don’t be fooled – Grandaddy are a national treasure.

It’s been reported that Danger Mouse coaxed the band out of retirement by both producing and releasing Last Place on his 30th Century Records imprint. While that’s been in the back of my head as I listen, I can’t make out his fingerprints. DM’s a Grandaddy fanboy, so perhaps he took a step back and cheered them on as the band picked up from their highest pre-hiatus point. Or maybe the collaboration was so seamless that it sounds too natural to notice. To be honest – I just care that this record exists.

[We have some Grandaddy vinyl – including Last Place on brown vinyl – in the 3hive Co-op Shop, while supplies last.]