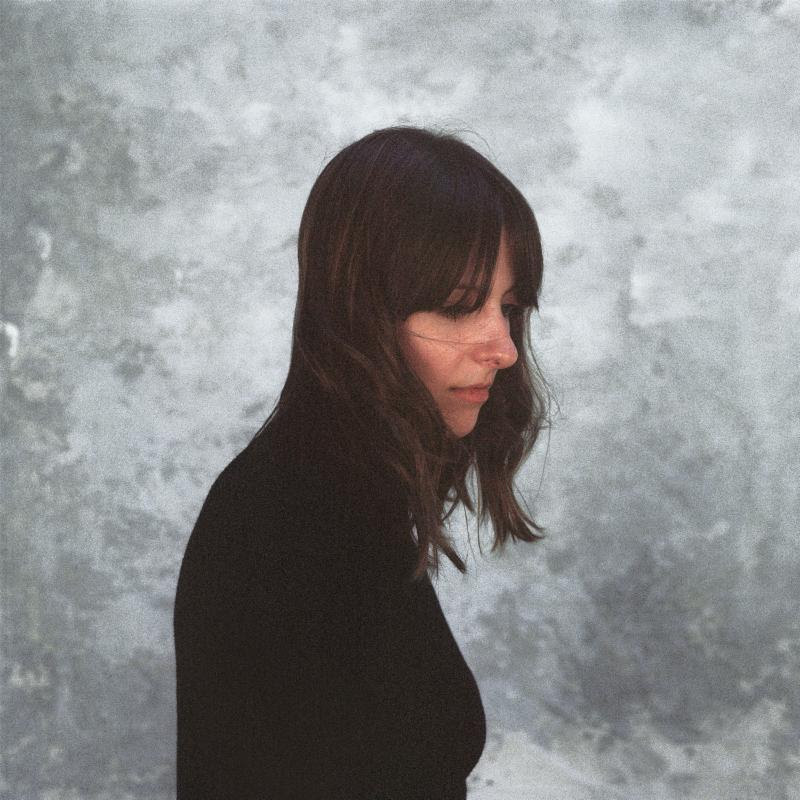 Molly Burch’s debut LP, Please Be Mine, is an early favorite of mine for album of the year. It’s 10 tracks of reverb-soaked, country-psych twang, along with Burch’s strong, smoky vocals, sets the bar high for the rest of 2017’s releases.

Please Be Mine is available now via Captured Tracks. Please give album standouts “Downhearted” and “Try” a spin (below). You will be glad that you did. Enjoy.

[We have Please Be Mine on vinyl – at the 3hive Record Lounge, while supplies last.] 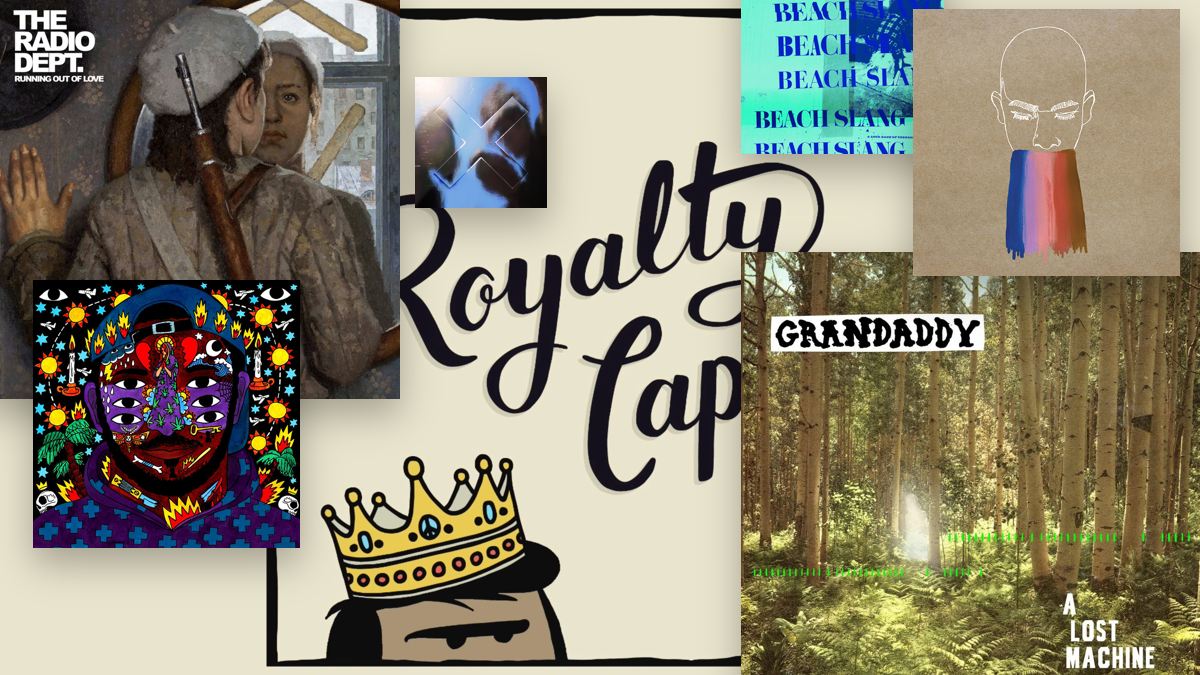 (Sequenced for flow – not ranking – purposes.)

Tyvek “Choose Once” (In the Red)
My single of the year, from my album of the year. So raw, so good.

Mass Gothic “Every Night You’ve Got to Save Me” (Sub Pop)
Family Sing-Along Song of the Year honors go to this raucous doo-wop jam.

DIIV “Under the Sun” (Captured Tracks)
Shining down from a shimmering crack in the clouds that hung over 2016.

A Tribe Called Quest “We the People…” (Epic)
I could have chosen any of a half dozen tracks off this album but this here’s the anthem, get your damn hands up.

De La Soul “Royalty Capes” (AOI)
I wish this album had been more fulfilling than my anticipation of it, but there are some real gems amidst the scattershot experiments. This one’s about why a guy can’t find vintage De La on any of the streaming services.

Beach Slang “Spin the Dial” (Polyvinyl)
“I was born at the bottom
But I never belonged
I’m hardly ever right
But I’ve never been wrong”
Could’ve been ripped straight from Paul Westerberg’s notebook.

The Men “Dreamer” (We Are the Men)
What you’d imagine to be playing anytime a parent pounds on their teen’s bedroom door and yells, “Turn it down!”

The Radio Dept. “Committed to the Cause” (Labrador)
A slinky statement of a song with hints of Prefab Sprout and St. Etienne.

James Blake “Love Me in Whatever Way” (Polydor)
That laugh track makes this even more heartbreaking than your average James Blake song.

ot to, not to w/ Noah Smith “Regretta I” (Other People)
Listen very closely.

The xx “On Hold” (Young Turks)
I know their 15 minutes of fame should be long gone, but that Hall & Oates sample…

Sonny & the Sunsets “Needs” (Polyvinyl)
The album where Sonny fell in love with a drum machine and made some goofy babies like this one.

Sunflower Bean “I Was Home” (Fat Possum)
Critics fawned over their debut but I found most of the album kinda boring. That said, this single is some transcendent psych rock amazingness.

The Intended “Don’t Wait Too Long” (In the Red)
Rollicking goodness from Detroit’s garage (or basement, as the case may be) scene.

Leonard Cohen “It Seemed the Better Way” (Sony)
I’m a man of faith but after a year like this one, I get it. I really do.

David Bowie “Lazarus” (ISO/Columbia)
As my grandmother was bedridden and dying of cancer she’d ask my mom to open the curtains so she could watch the birds in the tree outside her window. When I first heard the bluebird line, I crumbled into a sobbing mess. Bowie gave until the very end…ain’t that just like him?

Juan Wauters’ debut solo album, N.A.P. North-American Poetry, is very chill, quite the departure from his more rowdy garage-rock band The Beets. But it still has that edge, do you know what I mean?

Listen to “Water” (below), Juan’s voice plays well with his gentle guitar picking and is one of the standout tracks from the album. N.A.P. North-American Poetry is out now on Captured Tracks. I highly recommend it. Enjoy.

18 years after breaking up, the original members of Medicine are back together with a brand new album, To The Happy Few, which was recently released by Captured Tracks. Check out the sunshiny wall of noise “Long As The Sun” below. It’s loud, and tight, like they never stopped playing together, a perfect song for your end of summer mix.

Widowspeak is a two-piece band comprised of Molly Hamilton and Robert Earl Thomas. They recently released their second full length album Almanac, on Captured Tracks earlier this year. Musically they have been compared to Fleetwood Mac, but Molly Hamilton’s haunting vocals make it easy to draw a comparison to Mazzy Star. On “Ballad of the Golden Hour” (below), Hamilton’s inner Sandoval shines alongside the layers of slide and acoustic guitars to make it one of the standout tracks on the album. Enjoy.

Widowspeak – Ballad of the Golden Hour from Almanac (2013)

Here is another great find from the Captured Tracks label, Mac DeMarco. Mac is out of Vancouver, British Colombia. He just released his first proper full length album, 2, back in October, and a 12 song EP called Rock and Roll Night Club earlier this spring. 2 is an excellent album, and I highly recommend it. The streaming track below, “My Kind of Woman”, from the album 2, with it’s jangly guitar and almost soft-spoken vocal delivery, is a great example of the entire album’s sound. Enjoy.

Swedish punk rock…kind of hard to imagine from a country whose top exports have been outfitting the world’s middle class for decades and whose social system is famously egalitarian. But Sweden has its share of factories and, no matter how good your health benefits are, working in a factory sucks. That’s how the Holograms met: going out for drinks after their factory shift. Their brand of working class punk is accented by gravelly basslines and frayed synths (they are Swedish after all). The self-titled debut is packed with chilly, desperate war cries like “ABC City”. If you dig, get your hands on the entire album — it’s one of my top five of 2012 so far. 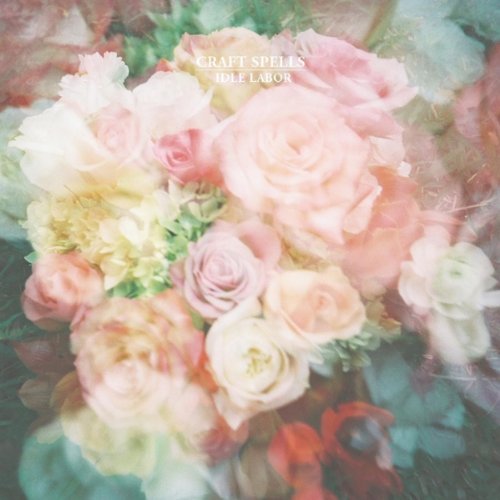 I absolutely adore the various influences that Craft Spells have ingeniously grafted into their songs. This particular track opens with an echoey guitar riff that has a very Hawthorne, CA circa ’67 feel, if you know what I mean. Mix that with a low-fi version of New Order’s rhythms and distant Ian Curtis-esque vocals and you get a clear vision of where this Central California band’s heads are at. They don’t shy from wearing such influences on their sleeves either. Literally. Check out their album cover. Looks really familiar, right?

More power to them, I say. Such a flagrant display of their influences serve as a display of their confidence as artists and their ability to borrow and steal as such. That, and I’m just as geeked as they are about their pet sounds, and about Craft Spells’ crafty channeling of such.

The band recently announced their US tour with The Drums, plus released a single from their forthcoming EP, Gallery, due May 15th.