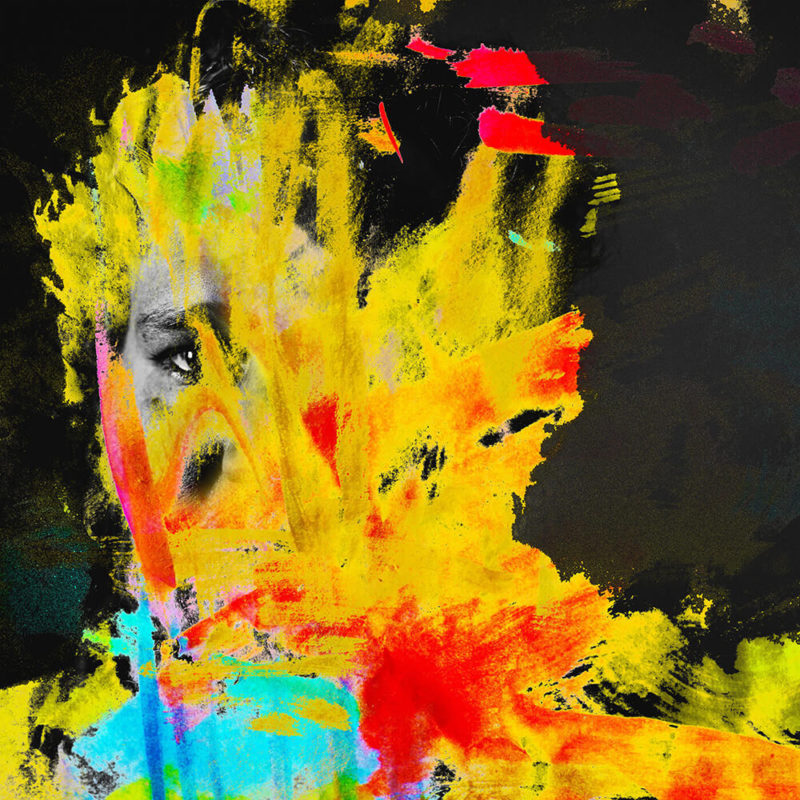 Michael Nau’s latest solo LP, Some Twist, is a chilled-out, reverbed, groove-psych effort with Nau’s vocals as the key ingredient that ties this magic all together. Give “Oh, You Wanna Bet?” (below) a spin, it’s all you need to get hooked. Oh, and if you’re a tad slow like me, Michael Nau is from Page France and Cotton Jones/Cotton Jones Basket Ride. I love the Cotton Jones albums!

In the summer, songs have to pass a test. At least in my world. Each new track must be played at full volume in my car while driving on a relatively empty highway at (or slightly over) the speed limit and said song must make my head and/or butt bounce (depending on bassline, ‘natch), make me smile and think “its summer!” and, finally, make me want to listen again. Unfortunately, my car is presently residing in my Grandmother’s driveway due to the difficulty of being vehicular in NYC. However, I feel more than confident that Seattle five-piece The Crystal Skulls are more than strong enough to satisfy the car test requirements. (They did manage to replicate the experience in the nearly equivalent “peach-jam-making music test”.) Its an easy, breezy pop they sing, just the right kind of music for the mid-summer pause– when the novelty is over and all one really wants to do is find an outdoor space, grill up what there is to grill and just be mellow. And am I alone in noticing a little Steely Dan in “Cosmic Door”? But that would make sense since “Deacon Blues” will always, always pass my summer music test.

END_OF_DOCUMENT_TOKEN_TO_BE_REPLACED

There are so many ways to go with this post… Let’s list them:
1. The original post ran on the weekend of our friend Serge’s wedding in NYC, and it was awesome. Old friends from all over came in (I hadn’t seen Pei or Kent in years!), and the DJ-fest at the reception was a blast. We also had our first 3hive get-together (minus Jon, which was a bummer). It was so good to see Sean and Clay again, and to meet Shan.

2. I remember writing this post late, late, late at night in the hotel room Sam and I were sharing. Sean and Pei had just left, and the room was pretty dark, and I had trouble seeing the keys on Sam’s computer. Good times.

And 3. Page France is one of the best bands I’ve posted here, probably in my personal top five, and “Chariot,” (now with a dead link) is one of my favorite songs, period. Enjoy the others, everybody, as they may have short lifespans. I especially like “Hat and Rabbit,” off the band’s latest release …and the Family Telephone.

Original post: 02/24/06
Seeing as I’m probably the least religious of the 3hive crew — I’m not Mormon, I never served on a mission, I never lived in Utah (that covers everyone else) — it feels a little out of character to post a Christian band. Then again, I loved U2 when I was in high school, and if Bono wasn’t a soldier for the Lord back in the day then I wasn’t a pudgy, insecure teenager. Ah, whatever. Anyway, the term soldier fits nicely with the steady march-beat drumming of “Chariot” by Baltimore’s Page France, and, if the end of their war is the ascencion of a happy ending, their victory certainly seems to be won.

END_OF_DOCUMENT_TOKEN_TO_BE_REPLACED

A few weeks ago, Paul dropped Minus the Bear in our Suggestion Box, describing the Seattle outfit as “catchy and upbeat.” We all need a little catchy and upbeat now and again, and most of the time MTB works it in a fresh, complex way. Check out the pop hooks on “Pachuca Sunrise,” my favorite among these, off the 2005 release Menos el Oso. You can practically see the rays of sunshine filling your room. If you’re looking for something a bit heavier, though, “Dr. Lâ€™Ling” and “Drilling” (featuring Minneapolis rapper P.O.S.) the former off the upcoming Planet Of Ice, due in August, give you plenty of noise, thick guitars and heavy drums. Either way, heavy or light, thank Paul for the Minus the Bear tip.

END_OF_DOCUMENT_TOKEN_TO_BE_REPLACED

Sorry, no stories about scars on fingers today, even though I have two nice scars (and stories to match!) on my right thumb. I can just picture in my mind young Sean standing with his finger stuck in the car door waiting for Mom to notice.

Today we have Metal Hearts, two youngsters from Baltimore whose debut album Socialize is due out on February 21. Their label compares them to Modest Mouse, Arab Strap, and Cat Power, and I’m gonna throw in that they resemble a toned down version of Bishop Allen. Part moody, part carefree, the title track “Socialize” is a tasty appetizer from the new album.

END_OF_DOCUMENT_TOKEN_TO_BE_REPLACED

Amy Linton, indie pop/rock songwriter extraordinaire…and, damn, can she play the drums! You see, I love Amy from her days in the long defunct Henry’s Dress. Now we are blessed to hear her in the Aisler’s Set doing simple, pleasant songs tinged with the sounds of the ’50s and ’60s.

END_OF_DOCUMENT_TOKEN_TO_BE_REPLACED

Artful (but not artsy) soundtracks for the thinking person who still wants to walk away humming a tune.